A unique ayahuasca experience becomes a rite of passage which sends entrepreneur Jesse Krieger forward to the next level of adulthood. Jesse reboots his relationship with his father, finds self love and liberates himself from shame – all in one week!

My guest Jesse Krieger is the founder and CEO of Lifestyle Entrepreneur Press, as well as a best-selling author. For years Jesse felt that something was holding him back in life and business. He couldn’t figure out what it was. Until an ayahuasca experience became a rite of passage which changed it all.

In this episode, you’ll learn how the ayahuasca rite of passage revealed to Jesse the three issues holding him back. More importantly, you will learn what he did with that information to change his life and business.

In this episode you will learn how Ayahuasca, when done in a long form systematic structure, can help you shift from seeking external validation to finding internal validation. Identifying what you are ashamed of and forgiving yourself completely. Recreate your relationship with your parents and thus step into your next level of maturity as an adult. You will hear mind-blowing stories and actionable insights that you can apply to your life and business right away!

I’m inspired to share Jesse’s story with you because though deeply personal, the challenges he meets and overcomes are universal. Shifting from external to internal validation. Identifying what one is ashamed of and forgiving one’s self completely. Individuating from one’s parents by becoming psychological, financially, and physically independent from them.

These are all rites of passages that healthy individuals have passed through. And Jesse’s story is a great example of ayahuasca initiation. When done inside the context of a coaching program, it can accelerate the process of transformation.

Jesse Krieger is a serial entrepreneur, global adventurer, and best-selling author. Through his most recent company, Lifestyle Entrepreneurs Press, a book publisher that specializes in publishing books written by entrepreneurs, he found his life purpose. Life was good. But before long he realized that, subconscious issues held him back from expressing his full potential but didn’t know how to change.

How the Ceremony Brings About Change

One thing he was sure about was this. His relationship with his father wasn’t healthy. So he decided to start there. In this episode Jesse shares the life-changing healings he received through an ayahuasca initiation. And what he did in the weeks after that changed the course of his life forever.

In addition to Jesse, you’ll hear from Jesse’s father and the ayahuasca shaman who led the ayahuasca retreat Jesse participated in. They both shared their perspective on Jesse’s transformation.

A truly rich episode, possibly my favorite, you will hear mind-blowing stories and actionable insights that you can apply to your life and business right away. 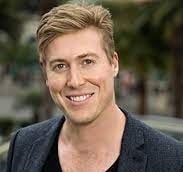 Jesse Krieger is a bestselling author and founder of Lifestyle Entrepreneurs Press. It’s been his honor to work with many authors from around the world to achieve their book writing and publishing dreams.

Besides being featured on over 50 media outlets for his best-selling book, “Lifestyle Entrepreneur” he has been an entrepreneur his entire adult life and holds degrees from the University of California, Berkeley, and National Taiwan University, and Beijing Normal University.

More about Javier, our ayahuasca shaman in Peru….

Javier Regueiro (1965-2020) moved to Peru in 2004 to study Amazonian plant medicine and shamanism. He worked with indigenous and mestizo ayahuasqueros in the Iquitos and Pucallpa areas. From 2005 – 2020 Javier was a student of Don Francisco Montes Shuña, a plant medicine Maestro and Perfumero of Capanahua descent.

With his teacher’s blessing, he became a full-time ayahuasquero in 2006. Since then he led plant medicine ceremonies, retreats, and plant dietas for groups and individuals, at his Ayaruna Center in Pisac, Peru.

Javier is the author of these outstanding books “Ayahuasca: Soul Medicine of the Amazon Jungle” and “San Pedro/Huachuma: Opening The Pathways Of The Heart,” “The Toé / Datura Diaries: A Shamanic Apprenticeship In The Heart Of The Amazon Jungle” and, “A Gift of Love: Poems, Prayers, and Stories from the Long and Dusty Road”.

Javier also hosted an excellent podcast called Plant Medicine Transmissions which you can find where you get your podcast.

Tragically, Javier transitioned into the spirit world in Cuzco, Peru on October 16th, 2020 due to a kidney infection that went sepsis. If it weren’t for COVID, it’s more than likely that Javier would have received the medical treatment he needed in a timely manner and would still be with us today.

To hear more podcast interviews with founder/CEO’s speaking about the ways ayahuasca transformed their lives and business, click here.

Why I Include a Destination Ayahuasca Retreat in my Business Mastermind

After our ayauasca retreat in the Sacred Valley, we visit Machu Picchu. – 2016 I’m often asked what are the benefits of combining a destination

I truly enjoy speaking to groups! It’s my personal mission to share the latest resources at the intersection of business leadership, therapeutic psychedelics, and self-actualization

Listen now to learn psychedelic microdosing best practices for performance and mood enhancement in this tightly edited interview in front of a live Clubhouse audience.

Bonus: Learn What Psychedelic-Assisted Executive Coaching Can Do For You

Be In The Know When We
Announce Something New

We send one email (about once a month) on the following topics.

You can choose to Opt-in now.

To prevent spambots we must ask you to confirm your email address.
Please check your inbox after pressing the button above.